Warning: Creating default object from empty value in /home/customer/www/alotofworldtosee.com/public_html/wp-content/plugins/ultimate-widgets-light/assets/admin/redux-core/inc/class.redux_filesystem.php on line 29
 Things are so very different this time. — A lot of world to see
Skip to content 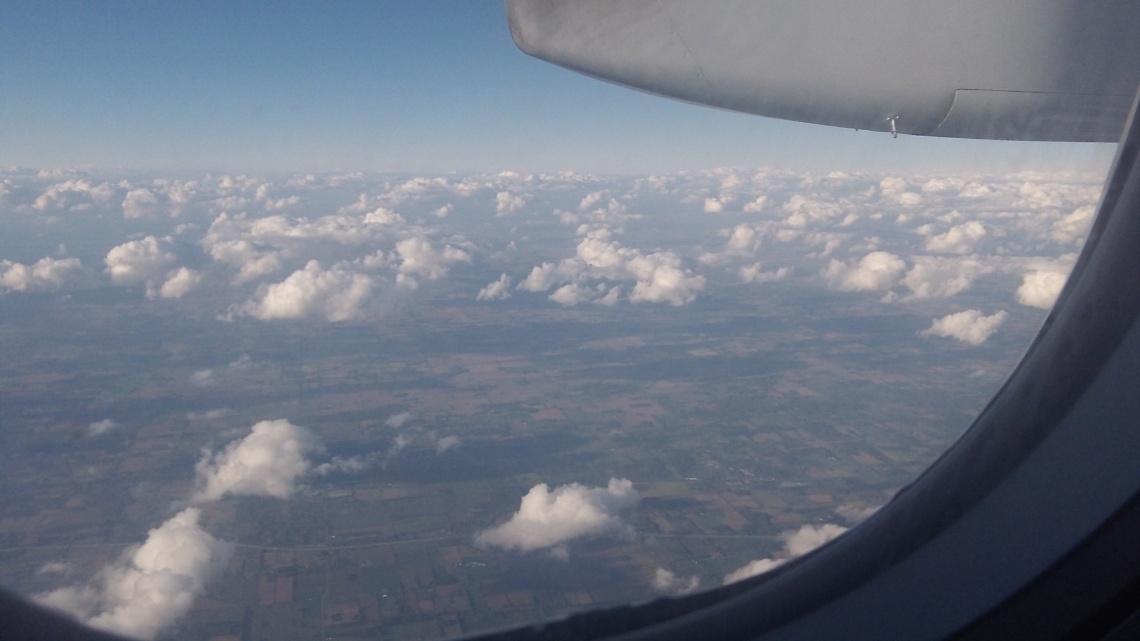 Disclaimer: Kind of all over the place but I think its entertaining, also still no phone, still not too happy about that. You can send pidgeons and smoke signals for now because this school computer is super slow. On the other hand I have orientation this week, meeting the students and a weekend in Strasbourg so that`ll all be fun. Pictures later promise.

For the most part I feel comfortable here it’s a warm fuzzy vague familiarity. I don’t feel uncomfortable and I can manoever my way around just fine. In terms of French my oral comprehension is still pretty good as it was something I dilligently kept up. However, I feel like I’ve lost a lot of vocabulary and it takes so much longer to speak and think of words. At the same time everything is so vaguely familiar and starting to come back to me. Things I’d totally forgotten about that I love. So I’m kind of feeling like an alien from outer space. Not quite French, not quite stereotypically American, somewhere in the middle.

However, from my first time abroad I’ve learned to be patient with myself, things don’t happen overnight here. My ability to be way flexible is a good thing although I may be annoyed or inconvinienced at first. Moving abroad isn’t all beautiful instgram photos and sunishine and rainbows I promise. It doesn’t seem as rough as the very first time but of course it’s better to expect the unexpected. I’d roll my eyes at my past self as during study abroad presentations we talked in our spiel about how “Study Abroad increased your flexibilty and creative thinking and problem solving skills” because while I’m frustrated the other half of me says that’s the growth part…which may not help now but it will later. The thing is some of my favorite memories in my whole life were made here and I know things take a little getting used to. After I can get around and get a little more practice of French in I’ll be just fine. I saw a quote on twitter (before I lost internet) that said “If you’re not scared, it’s not worth it”. As a huge believer in getting outside your comfort zone I can definitely attest to this being true. I was so terrified among many other emotions as I was leaving. It’s totally normal and that’s where you start to grow.

I’m also going to talk a little bit about my journey and first couple days here!
So my flight went very well I had a small plane from Windsor to Toronto and then a giant plane from Toronto to Paris CDG. With a pretty large suitcase I definitely recommend not taking the TGV in any of the Gares actually in Paris because you have to pay for a bus and lug your luggage up and down stairs. Instead I recommend taking the TGV that is connected to the CDG airport! It only took 15 minutes to get there from my terminal, well, after they had cleared a supicious abandoned luggage from the Mcdonalds I was at. For my carry on I got a hiking backpack that’s High Sierra from Dunhams! It was originally kind of expensive but I did get it 25% off. It has straps for your sturnum so all your precious belongings don’t strain your back in transit more then they have to and then you can use it for other trips!

So I took the TGV directly to Strasbourg where I would rest for two days until it was time to settle in to Phalsbourg. I’d never been there before so I had a really fun time exploring the beautiful city. I had to wait a while for my host which was kind of annoying but the apartment was at such a good location it had wifi and an elevator and I was so tired and gross I just wanted to take a shower. Then I was off to explore and even found a bar with my (almost) all time favorite beer for extremely cheap with Alex who was the best guide and let me talk his ear off about music and the differences overall.

The next day I did the majority of my sight seeing I’ll do a seperate blog on how cute and charming Strasbourg was.

I learned there’s a dialect that’s even smaller than regional called Alsacian- looks like German as the Germany influence is pretty evident like the architecture. However you’re absolutely not supposed to say that because it’s offensive.

Also note that French people are seriously the most helpful, kind and hospitable people I’ve ever met. My mentor teacher’s helping me set up a bank account so I can get a phone! I’m living in a dormitory for a few weeks on the campus which used to be a Monestary. Then I’ll also be living in a flat with the German Teaching Assistant. Both living situations are free to me so I only have to worry about my phone bill, credit cards as usual and then paying for wifi when I’m living in the flat.

I thought there was no Wifi to be found in all of Phalsbourg but I found ONE restrautant that had a little Wifi sticker in their window so in I went at the server obliged me with the password. Plus the food was delicious, this dish with mozarella and tomatoes and some sauce, then a charred burger with onions, mushrooms, lettuce, tomoato mayo and some unknown sauce with fries and it was to die for. Then for desert a pear with a scoop of vanilla iced cream with whipped cream and dark choclate drizzled all over it. It also makes me think of how it must have been living abroad back in the days of no internet when you basically had to just get around yourself and communicate via letters. I eneded up getting a phone at my bank here and it’ll only take 3-4 days so without a kind of permanent address that’s the best I could hope for.

Ups and downs. Kinda like I relized that I left ONE of my boots somewhere. They were my fave, wore them on the plane on purpose, pretty warm even though I did get them on sale from H & M like a year and a half ago. Still mad. Too bad I can’t sign into Airbnb right now because maybe I could rule out one possibility…or maybe they’re just floating around out there in Strasbourg. Shoes are expensive….guess I’ll have to keep my eye out when shopping or order something from like F21 or H & M when I”m moved into my flat. Again this is just a little thing and because it’s my second time here I’m like ‘eh, whatever’ it’s actually pretty funny. However, it’s also okay to be upset about little frustrations! Especially when a lot is happening or you have a lack of sleep.

Apparently the kids are excited to meet me!! I am so excited to meet them and answer all their questions about me, Michigan, the US, and the state of America right now….
Recommendations for futer TAPIF-ers:
Cut the amount of clothes you’re bringing in half- for real you will find clothes you like here. Plus there are the big sales twice a year!
Get an offline map app, I use maps.me and download the maps before hand. That way if your device is charged there’s no way you’ll get lost.
Download your spotify playlists to be offline and also podcasts to pass the time
To get a cell phone with a plan you need: a bank account (make an appointment, maybe go with your teacher/someone from your school, bring all your important identification as well as social security card, a voided check so you have your US routing and account numbers to transfer money), and proof you live where you live in France (also get this from your school they probably know what to give). I got my cell phone with my bank, credit mutuel! Made it much easier that way but then again it took 3-4 days to get my phone.
Get a carte jeune in October!! 50% off
Check the airport regulations on your luggage and make sure you can at least lift it by any means possible. Just assume elevators will be rare, they are.
Pick Airbnbs or loging close to the station you’re coming from, it makes you life way easier and it’s usually centrally located. Always make sure your host tells you what floor they’re on, if there’s a passcode, wifi and elevator
Also make sure when you’re traveling and gathering all your stuff from said Airbnb, make sure you’re don’t leave anything behind…like a singular boot.
Make your travel plans as easy as possible, don’t try to cram too much into one day because you’ll be exhausted
Couch surf, go to events and go out of your way to befriend French people! They don’t bite
Forgive yourself if you’re French isn’t 100% understood the second you get off the plane! It will definitely get better I promise.
Administrative things being too complicated is the way it goes, you just have to be patient.
There are some things I’m glad I bought for cheap in the states: portable charger (Pocket Juice $9 works great), all the converters you need I bought one for $6 that’s universal I promise you don’t need that $20 kit from Radio Shack or Best Buy
Make up can be kind of expensive! I brought a lot of mine from home but I’ve seen that H  & M has quite a lot that’s not too bad as well as a few other stores.
Bring comforts from home! Self care is important as a big move to a place where you don’t that many people can be overwhelming. Whether it’s a hoodie or sweats, a candle, lotion, a face mask, music. Make sure you include that or treat yourself when you land. It’s important to take care of yourself. I totally deprived myself of sweats the first time because I didn’t have room but I’m so thankful I did. Plus a sheet mask is amazing for after your flight.
Don’t wear makeup on the flight. You will immediately break out.
Don’t be afraid to ask for help
Thats all for now, bisous

Elisabeth | A lot of world to see

This site uses Akismet to reduce spam. Learn how your comment data is processed.